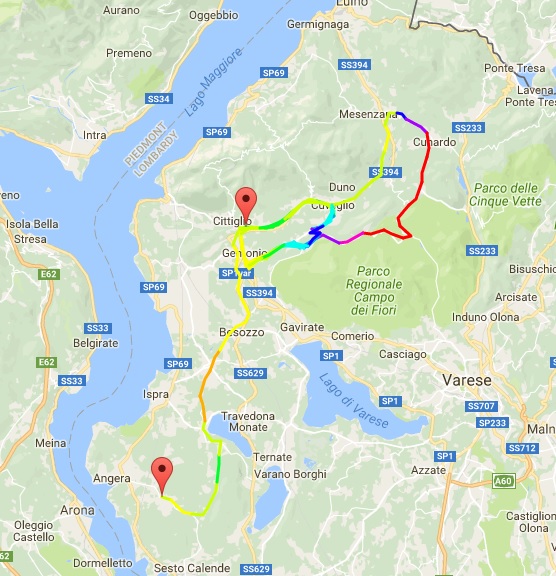 Weather will be dry and sunny, with a light NNW  to N breeze barely going over 10km/h. Temperatures will be around 24°C by midday.

Wiggle H5 go in as favourites with Longo Borghini. She is at the top of the class right now, with only one change in the line up that took her to the win at Strade Bianche.  Boels Dolman bring former winners Deignan and Guarnier, plus new signing van der Breggen. Considering Guarnier has been unwell lately and Deignan hasn’t put a claim on this race, it might be van der Breggen who is their best chance. WM3 are with Niewiadoma, who may be inspired by her compatriot Kwiatkowski’s win at Milan Sanremo to have a good crack at this one. It’s been 4 years since Vos raced here, 5 since she won it, so she can certainly step in if needed. Sunweb’s Rivera will, I think, have a better chance at this than Kirchmann. Rivera did really well here last year, and was 4th last week at Drentse 8. Canyon SRAM’s Amialiusik looks to be their best bet. Cecchini is having a better start to the season compared to last year, and has several top 10 finishes here. Orica Scott don’t quite seem as cohesive as their peers at the moment. Van Vleuten should do very well, with Garfoot and perhaps my PFCL pick Elvin in with a chance too. Cervelo Bigla have a two headed approach in Moolman Pasio and Uttup Ludwig, the latter fresh from the GC win at Setmana Ciclista Valenciana. Ale Cipollini will have Ensing as their main chance, with perhaps C Taylor ready to go with any strong breakaway. Cylance will likely ride for King, but Guttierez is in such good form right now that perhaps she will be the one to shine again. Lares Waowdeals finally have their star signing Thalita de Jong back after injury. With a decent outing at Setmana last week, she may still be not be 100%. They also have Oliveira to tackle the climbs. Lensworld Kuota have a reduced line up, so it won’t be surprising if Confalonieri attacks straight away. FDJ NAT have Gillow who just missed the top 5 at Strade Bianche. BTC City Ljubljana have been a little quiet so far,  Nilsson and Bujak could be going for the early break. Drops have Ann sophie Duyck as their best bet, and A Barnes as plan B. The rest of the line up is completed by Hitec, Astana, Tibco-SVB, Servetto Giusta, SC Michela Fanini Rox, Aromitalia Baiano, Top Girls Fassa Bortolo, Valcar PBM, Team Netherlands and Team Switzerland.

I think it’ll come down to Longo Borghini, van der Breggen and van Vleuten in the end, with van Vleuten taking it.