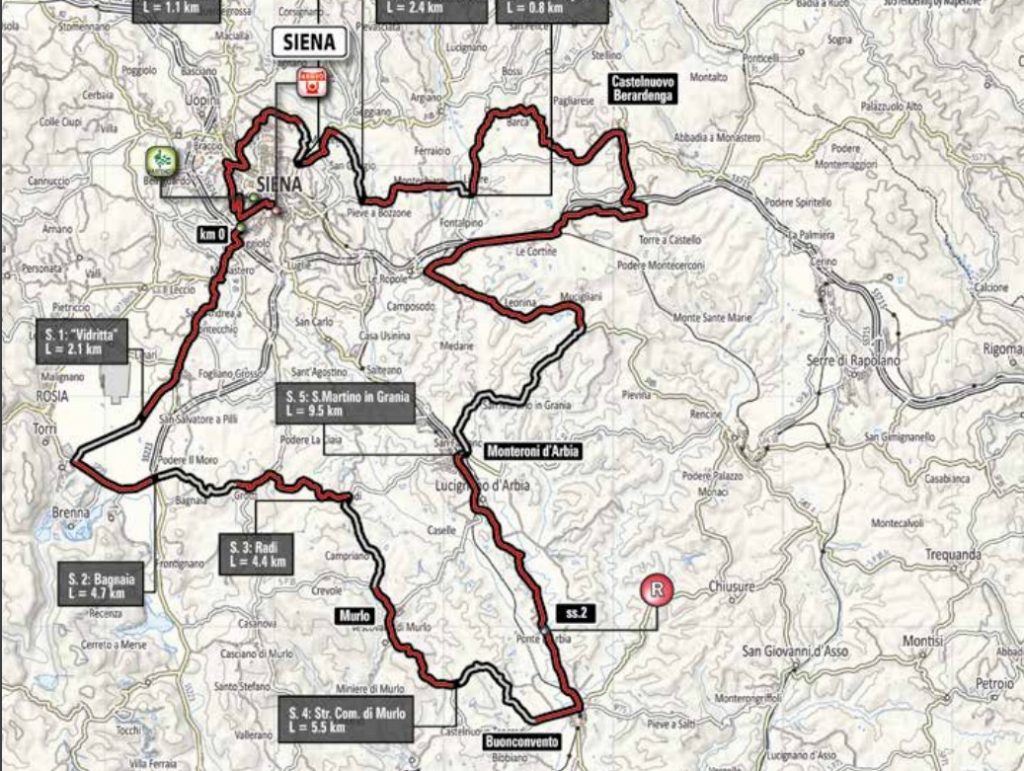 Weather seems like it will take a turn for the worst. Thunderstorms are expected with temperatures starting at 10°C and rising to 14°C and a SSE wind of around 17km/h.

Last year saw several riders disqualified after they went over a level crossing after it had closed. A chase group had formed and had apparently got to 100m of the breakaway, including eventual winner Lizzie Deignan, before the incident. So there are probably quite a few riders who have been quietly brooding over this for the past year.

Boels Dolman bring Deignan in her first race of the year. A last minute drop out for Anna van der Breggen has left the team with more work to do. However with Megan Guarnier, Christine Majerus, Karol-Ann Canuel and Amalie Diederiksen it’s more than capable of shouldering this. Are they having a bad start to the year? It’s worth noting that Darth DS Stam wanted podium places to begin with, and has got exactly that with 2 out of 3 races so far. Last year their aim was to get as many riders into their respective Rio 2016 teams, so right from the start they were hoovering up the points from the word go. This seemed to take quite a toll on the team, and even though they cleared the board at the Worlds they also lost two key members in Ellen van Dijk and Evelyn Stevens, plus Romy Kasper and Demi de Jong. At the end of the day though, Deignan and Guarnier are both former winners. Cervelo Bigla were the big losers last year when Ashleigh Moolman-Pasio was disqualified. A favourite for this year, and since the last hour is being broadcast live in her home country South Africa it’s fair to say she has an extra incentive. Cylance look like a completely different team compared to last year, cohesive and motivated they are working incredibly well together. Their riders haven’t had good results here in previous years but with Rosella Ratto, Malgorzata Jasinska, Dani King and Marta Tagliaferro along with Sheyla Gutierrez and Joelle Numainville for support they have one of the best teams here. But it’s Wiggle H5 who are throwing the kitchen sink at this race. Elisa Longo Borghini has Georgia Bronzini, Audrey Cordon Ragot, Mayuko Hagiwara, Claudia Lichtenburg and Amy Roberts to deliver her to the finish. With their new DS and with Emma Johansson now in a similar role they too are looking more motivated and tactical this year. Orica Scott have a great team with Annemiek van Vleuten and Gracie Elvin, along with Amanda Spratt, Katrin Garfoot, Jenelle Crooks and Georgia Williams.  So do WM3 with Kasia Niewiadoma and Marianne Vos, supported by Lauren Kitchen, Riejanne Markus, Anna Plicta and Moniek Tenniglo.

I’ve not really had time to go through the other teams, but saw SC Michele Fanini have Edwige Pitel. Maybe we’ll get a mad breakaway to cheer us up.

I was going to go for Moolman-Pasio for the win, but the weather is making me think Longo Borghini now has the edge.